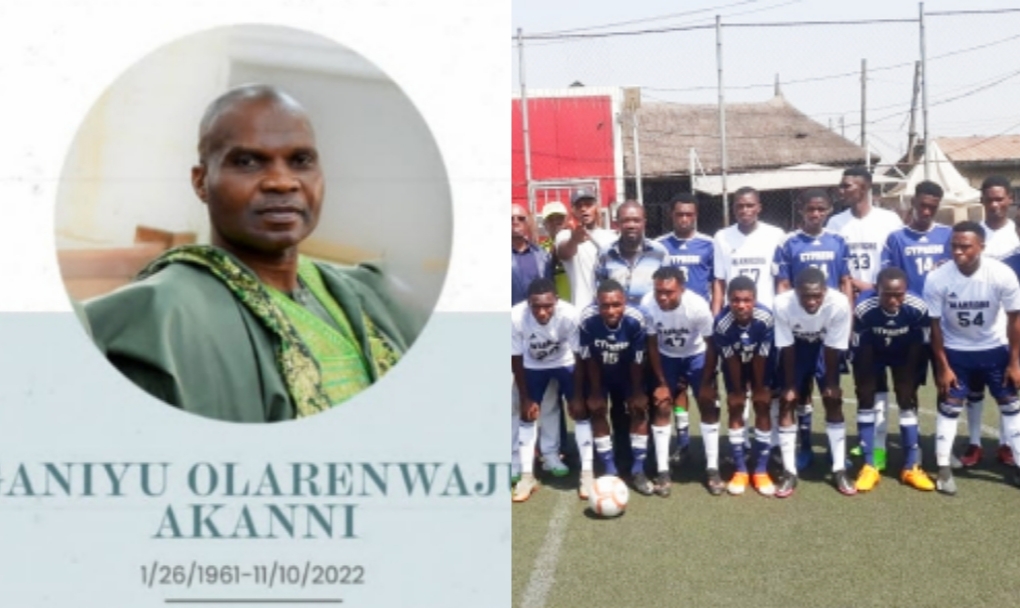 SAMDA Nigeria ensured that the 40 Days Prayer Service for its late Secretary-General of the Nigerian Chapter, Ganiyu Olarenwaju Akanni, on Tuesday, December 20, was one to remember by kitting the teams that took part in the memorial match at Love Gardens Hall in Surulere, Lagos State.

Chairman of SAMDA Nigeria, Taju Disu presented the kit for the YSFON and selected side for the pulsating encounter that rounded off the 40 Days Prayer Service that ran from 1pm to 7pm, with YSFON thrashing their opponents 7-4.

The event was graced by the United States-based wife and children of Akanni, who passed on October 11 in Lagos State after a brief illness.

The wife, Yinka Akanni, watched as her second son, Biodun, kicked off the highly entertaining encounter that was also witnessed by members of the deceased’s extended family, as well as YSFON team manager and grand writer, SAMDA Nigeria, Mohammed Ogidi, who ensured the event attained optimal perfection.

The spectators were held spellbound by mother and son’s football artistry as they delightfully passed the ball to each other before the son took the kick-off, underscoring the fact a fruit doesn’t fall far from its tree.

Speaking after the event, Ogidi, who stood in for Tajudeen Disu as the chairman of YSFON (Lagos chapter), expressed his delight at the large number of dignitaries that graced the occasion, eulogizing Disu, who is currently on vacation in the USA for kitting the YSFON team.

“I also want to use this opportunity to appreciate our President Tajudeen Disu for providing and funding the purchase of the two sets of jerseys, two footballs, and bibs for the YSFON team.”